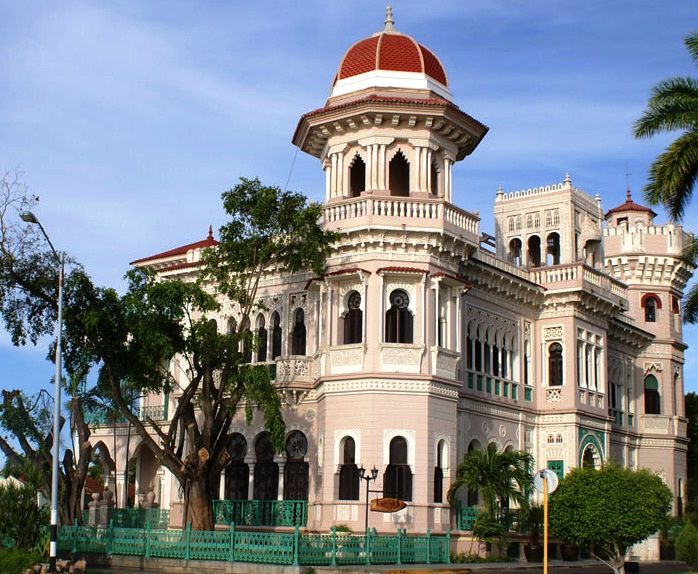 Perhaps many of our readers have never heard of the city of Cienfuegos in Central Cuba, but it is time to take notice of this beautiful enclave by the sea! The Pearl of the South—as locals affectionally call it—sits by a vast bay and harbor that are ideal for sailing and water sports.  Cienfuegos is poised to become one of the main tourist destinations in Cuba forecasting the onslaught of cruise activity that will descend upon the island in the coming years, which could more than triple the number of travelers visiting this beautiful island nation.  With that idea in mind, the local government has embarked in a comprehensive tourist expansion plan that should be completed by the year 2030.

The ambitious project will revamp the city’s infrastructure to welcome more tourists.  The city’s location in the center of the island–and the presence of an international airport–make Cienfuegos the ideal starting place for visiting some of the country’s most beautiful sites. These include the nearby town of Trinidad, founded on 1514 and preserved to retain its Spanish Colonial essence, as well as the Valle de los Ingenios, one of the most important sugar production hubs since the 18th century—both declared UNESCO Heritage Sites. From Cienfuegos, we can visit the Ciénaga de Zapata, the island’s largest swamp and an example of Cuba’s efforts to maintain one of the most pristine ecosystems in the Caribbean. 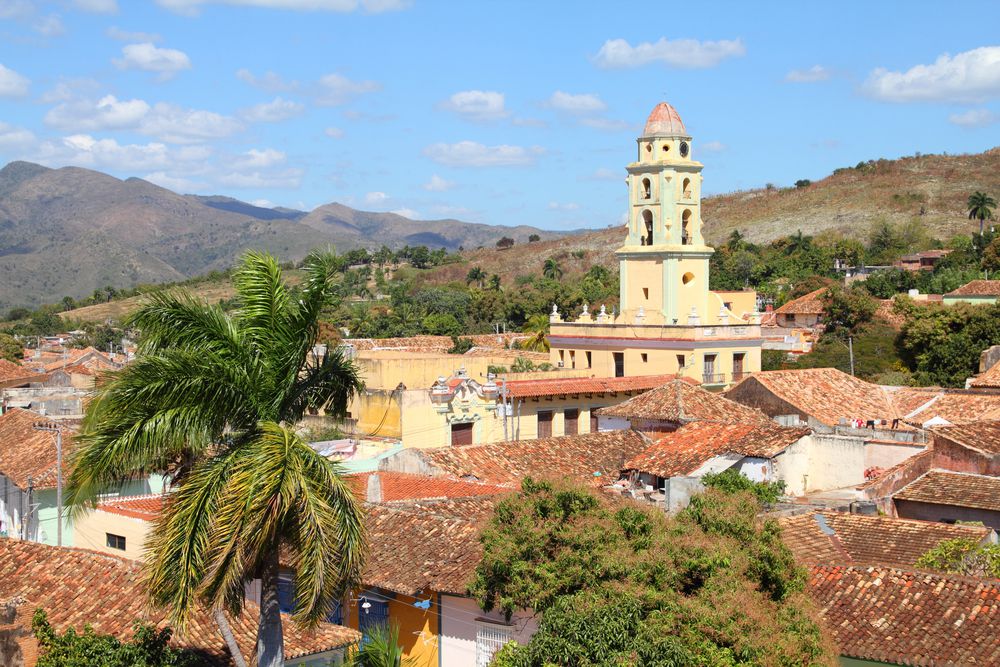 The mountains of the Escambray emerge from the North side of the city and rise to 3,000 feet above sea level. There are multiple caves, rivers, waterfalls, grottos, canyons, natural pools with crystal clear water, and mountains teeming with mariposa—Cuba’s national flower—announcing their presence with a soft and unique fragrance from June to early September. For those looking for the Fountain of Youth, we recommend a visit to the thermal baths at Ciego Montero, Cuba’s most popular spa. The Escambray is home to more that 40 species of orchids and giant, seven-foot ferns endemic to the island. Bird watching, hiking and taking advantage of the lush forests and fresh air are perhaps the main amenities in the Central Cuban Mountains. 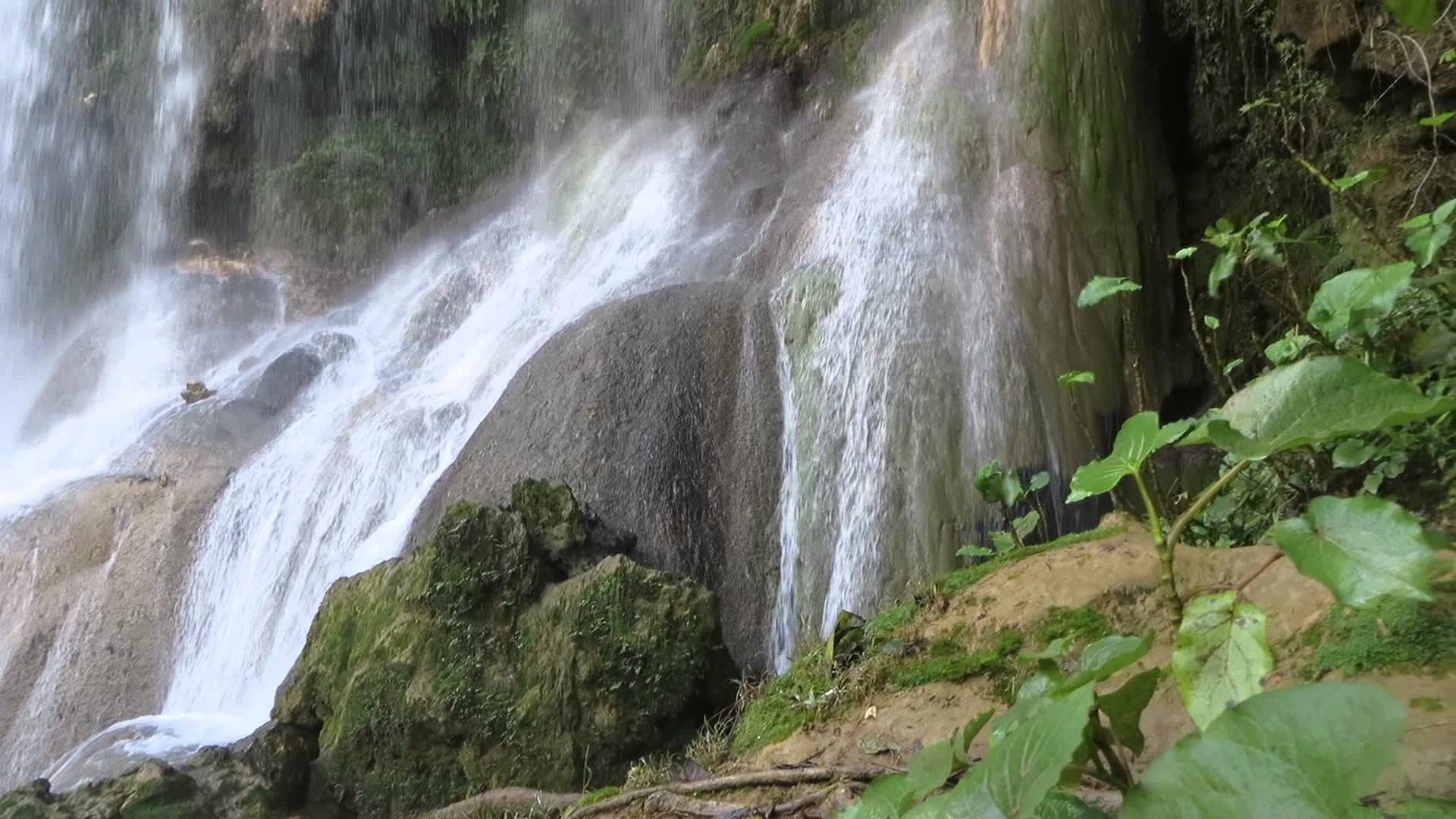 TOCA Events prides itself in finding unknown destinations for our clients. We take you places where culture and history take priority over more mundane activities. More than exotic, Cienfuegos is a real place, where the locals welcome foreigners with a warm embrace that lasts during the entire trip. Proud of their heritage and magnificent architecture, Cienfuegueros are soulful, lively and musical. And they have plenty of reasons to be proud. 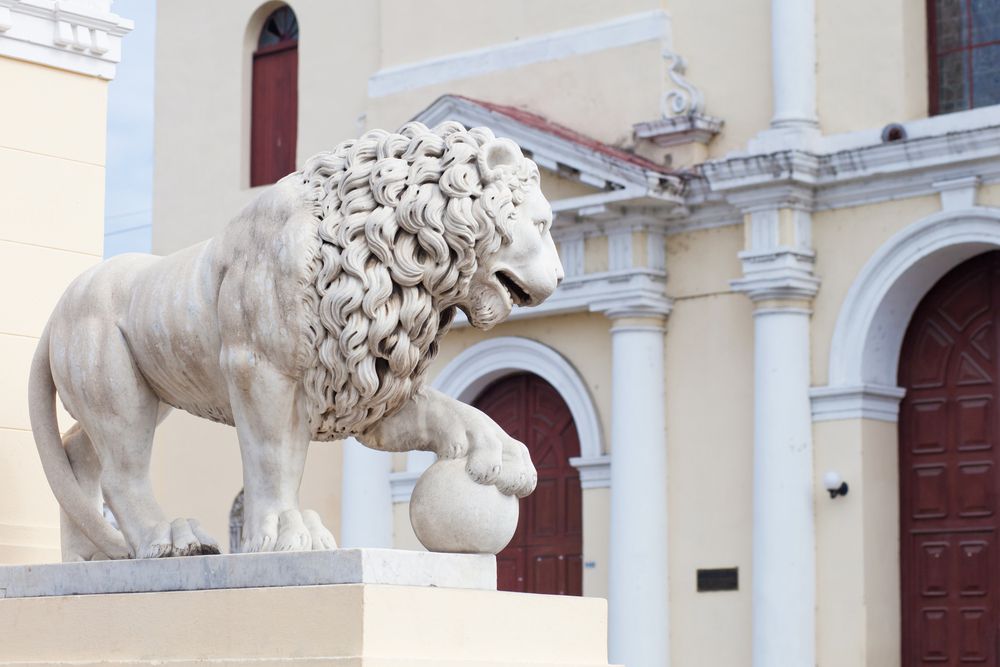 The city of about 150,000 inhabitants was founded 1819 by French immigrants from Bordeaux and Louisiana led by Don Louis de Clouet who settled the land known as Fernandina de Jagua on behalf of the Spanish king Ferdinand VII.  The name of the settlement was changed in 1880 in honor of the island’s Governor Don José Cienfuegos.  The city is considered young by Cuban standards since the main villas on the island were founded in the 16th and 17th centuries. Cienfuegos is very different from other Cuban cities and has a distinct look and feel while retaining many impressive landmarks, including stunning palaces, quaint squares and beautiful theaters.  The city has kept its Gaelic heritage with a modern layout and eclectic architecture.

We start our periplus visiting some of the city’s most emblematic sites. The bay is lined with a scenic promenade (Malecón) where locals and visitors stroll peacefully at dusk taking in the Caribbean breeze and the glorious, melancholic sunsets. Cienfuegos also boasts the island’s longest tree-lined boulevard. Known as El Paseo del Prado, this strip is the city’s most popular artery and the meeting place for locals who come out everyday to enjoy the shade, socialize and keep their culture alive. 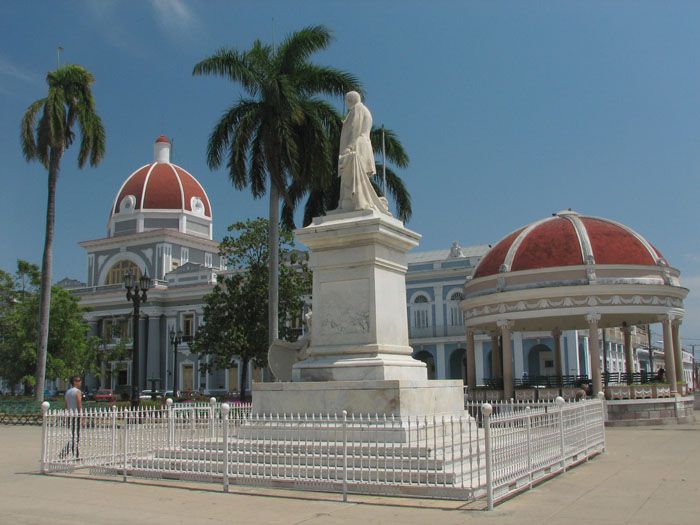 Paseo del Prado covers the western part of the city and leads to Punta Gorda, home to some of the most beautiful houses in town, including the iconic Palacio del Valle.  The 1913 building—a symbol of the city—displays a series of architectural elements reminiscent of Spanish Moorish art.  The builders sought inspiration in myriad styles, including Gothic, Romanesque, Baroque and Mudejar, a cacophony of influences that resulted in a gorgeous and balanced palace.

Although a small city, we encourage you to take a few days to discover and enjoy its parks, plazas, and monuments where you become immersed in a generous display of neoclassical, art nouveau and art deco imagery. The great weather year-round will help and inspire you to walk the lovely streets of the Historic Center, declared UNESCO World Heritage Site, featuring the impressive José Martí Park, one of the most beautiful and well preserved in Cuba; the Cathedral of the Immaculate Conception with its asymmetric towers, and the dome of the Government Palace. Also nearby is the historic 19th-century Terry Theater, a revered institution within the Cuban art scene. Towering over te entrance to the bay is Jagua Castle, Cienfuegos’ oldest fortress, built in 1745 to protect the city from corsairs and pirates. 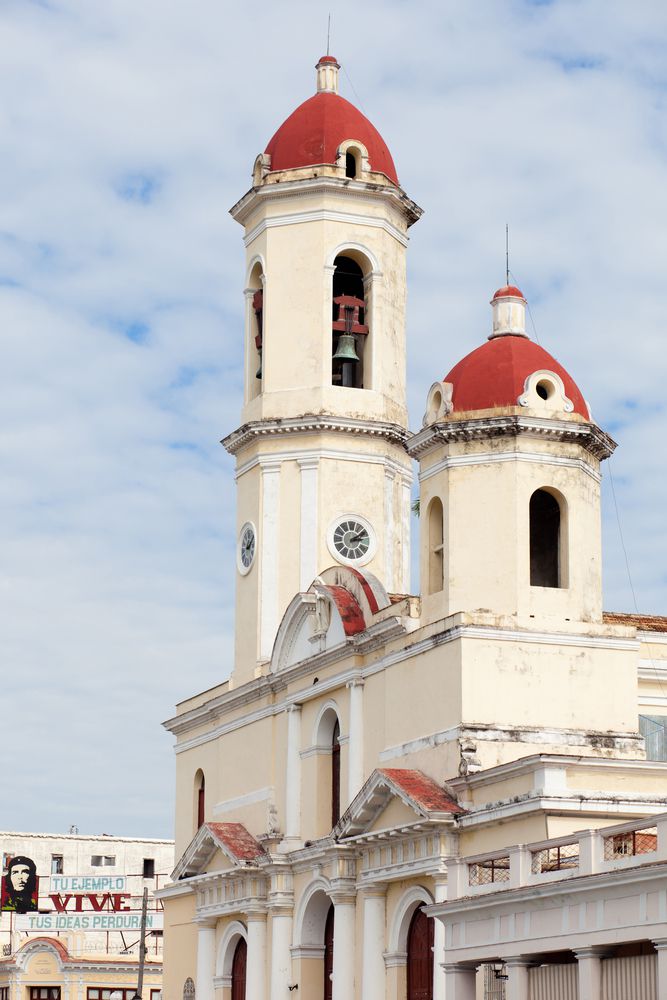 Cathedral of the Immaculate Conception, Cientfuegos

One shouldn’t leave Cienfuegos without visiting the Marina and Nautical Club, a stately building by the bay offering sunset cruises, catamaran outings, and access to the best diving in this part of Cuba. Also worth visiting, the vast Botanical Gardens founded in 1901 under the name “Harvard Botanical Station for Tropical Research and Sugar Cane Investigation”. Today, the garden boasts a large collection of exotic plants including endemic orchids, palms, ficus, bamboo and species from other latitudes.

Cienfuegos is a gift from the gods. It continues to draw inspiration from its French origins while staying modern and relevant, beautiful and promising. The sea frames the city with a warm embrace and the blue waters that surround it are a true privilege. Cienfuegos is a cultural cluster located between the sea and the mountains. 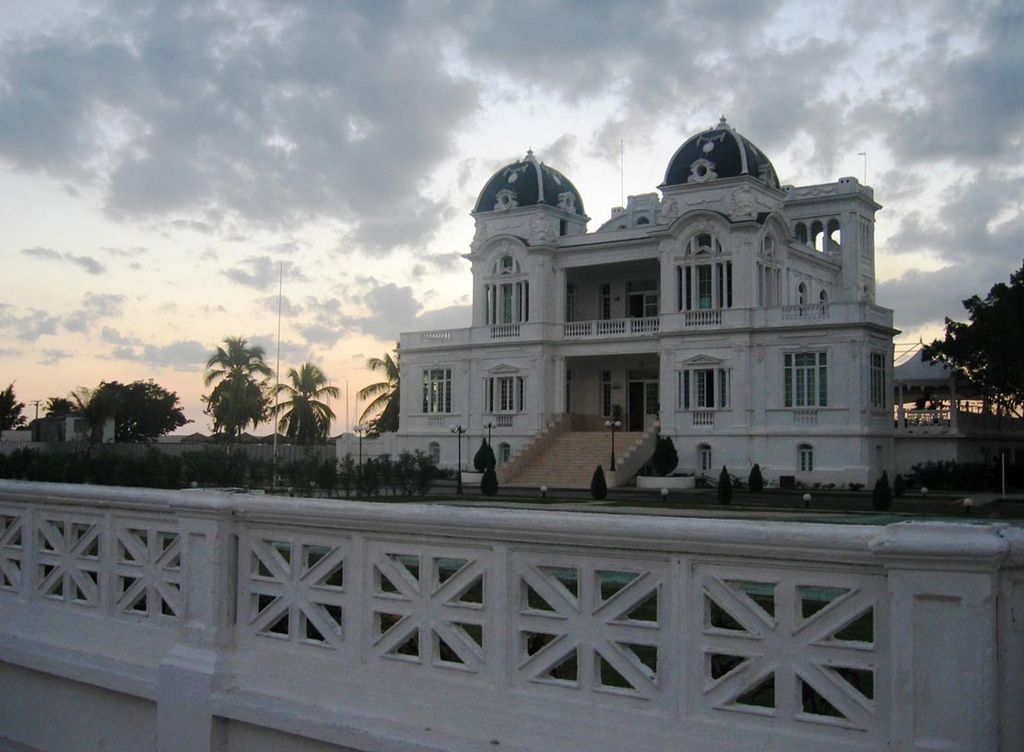 TOCA Events, under its division TOCA Trips, offers curated, personalized trips to Cienfuegos and other Cuban destinations where we share our experiences and knowledge with sophisticated travels looking for exposure to something they may not have experienced before. You still have time to be the first among your group of friends to visit this beautiful paradise by the sea, known as the Pearl of the South. Think about the bragging rights!